Do You Speak Emoji?

A few days ago, I texted my brother and asked him to buy some dinner for me before he came back home. He responded with a thumbs up emoji

.
Albeit a bit late, as emojis have been around for years now, that moment was when I realized for myself that emojis, along with emoticons and stickers, are a language. They allow us to communicate without saying anything and saves us the effort of actually spelling out any thoughts or opinions.

If a picture can say a thousand words, an emoji can more or so do the same. For lazy millennials like us, this idea sounds perfect. These little images are everywhere – in our phones, social media and apps. Emojis have grabbed our tech savvy generation’s attention with their cuteness and their ability to boost communication.

After my revelation, I decided to do some research for myself and found a relevant article. The fact that Oxford Dictionary’s word of the year for 2015 was the face with tears of joy emoji baffled me. It made me think:
Are emojis on the same level as other non-verbal languages like sign language? Does emoji usage depend on factors like age and gender? What do linguists think about the concept of emojis?

It also occurred to me that emojis are nothing new – an instance where we communicated with images is when people used hieroglyphics during the ancient Mesopotamia era. But does this mean we’re going backward instead of moving forward? Are we getting dumber because we use less spelling and grammar? I personally don’t think so.

We’re an impatient generation who feel the need to convey everything immediately. Sending an emoji can communicate things that textspeak can’t, such as gesture, body language and emotions. It’s just the way we do things. It’s not like I would suddenly start drawing pictures in my essay that I have to write for my English class.

So, are emojis are just a stepping stone for better digital communication – a way to make them capture and communicate something or our emotional voice?

Or by relying on them so much, are we losing our abilities to convey emotion through words, metaphors, imagery?  Will our prose writing ultimately suffer?
What do you think? 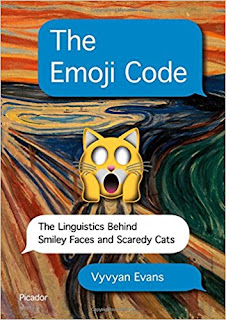