Whenever there’s a sibling gathering in my family, our focus is usually on MEMES. We like to show each other new memes we have found to be humorous or amusing and talk about the new ones that have been emerging on social media. We discuss and share memes with the hopes that we all react or feel the same connection to them or just feel like they are worth sharing. Sometimes we say nothing at all and just look at/read each other’s phones. Although some would see this as a meaningless interaction, others would consider this a form of communication and even literature. 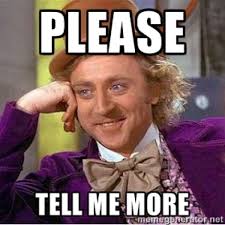 Memes are typically known as humorous or abstract photographs, videos, and gifs that can contain pieces of texts on them and are spread rapidly through the internet. The word ‘meme’ derived from a Greek word miméma meaning “that which is imitated”. Memes are popular amongst Millennials and are used daily. They exhort our generations expressions on certain matters or situations that can be relatable. 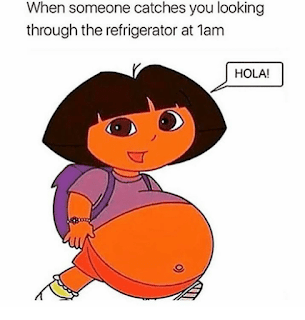 Just as language and writing is a form of communication, so are memes. Even though these images incorporate only short written messages, they’re usually understood by the receiver or audience. These short texts in memes are supposed to express the way we talk instead of how we write. As we learned in class, the way we speak is less formal and more processed in chunks. We mirror our speech patterns in memes. Therefore, when we communicate with memes, we are communicating with a graphic form of speech. And just as a person can be the dominate speaker in a normal conversation, this situation can happen with meme sharing as well. One-person initiates communication with someone by showing them a meme through their phone or sending one to someone online. The other person either reacts with laughter, emojis, a sentence, or not at all (we all get left unseen once in a while).

Memes are so well universally understood that you can even think of them as form of literature! People who speak different languages, live in different cultures or and live in different physical environments are able to identify universal facial expressions like happiness, sadness, guilt, gratitude, annoyance, and disgust.

In this virtually connected world, memes allow multicultural expression. They make people feel certain emotions and are visually engaging, just as a good book is. When one comes across a meme they relate with or enjoy, they usually save that meme on their phones or laptop to share with others in the future or even look back at it once in a while. Don’t we do the same with literature? you keep a book or magazine that you enjoy reading for later purposes.

Some people associate novels/books and with capitalism. According to Ejaz, literature “is formal, measured, and portable. There is a standard version of the text and an author to claim credit and royalties.” To be able to create this form of literature, you need to have some level of education and linguistic skills to make it plausible. However, with memes, you do not need that level of sophistication. You may not need education but you certainly benefit from creativity and innovation. Memes are created by an individual’s thoughts and ideas that can be understood by almost anyone who encounters them. With books and novels, you can categorize and differentiate between fiction and non-fiction literature. However, because memes are created by random thought and do not have a set structure of what is said, it is hard to filter what kinds of memes you come across. The only concept that the meme industry lacks is organization.

Millennials like the concept of memes because they bring humor into our lives, they are quick to understand, ease tensions, and there are so many different memes that a person is bound to relate to a few.

Some have gone as far as creating their own terms referring to memes such as meme culture, meme-conomy, and meme-ology.

So, please share your meme experiences.
How much do you use them and how?
How deeply rooted can memes become in our future society?
As some critics say, do you think memes are going to ruin our abilities to write.
Will memes ever die down?

Sources:
Ejjaz, Aneeq. “Are Internet Memes a New Form of Literature?” Quillet. 28 November 2016. http://quillette.com/2016/11/28/are-internet-memes-a-new-form-of-literature/
Brown, Nicola. “What is a Meme and What Does This Obsession Say About the Future of Communication?” Skyword. 6 June 2017.  https://www.skyword.com/contentstandard/creativity/meme-obsession-say-future-communication/
Posted by Public Linguist