"Flatten the Curve": Covid and Our Math Literacy

Friday’s shelter in place activity for me  - continue interviewing (virtually) people about what they understand and don’t understand about Covid19 information. 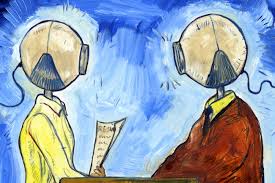 As I do these interviews, I am very aware that my work is not part of the critical rescue mission. I don’t have medical training. I can’t drive a bus, or direct traffic, or do much beyond the all too tiny radius of my shelter in place borders.

But I do think there’s bit part I can play in connecting decades of research in health and science literacy with how experts are talking to people about this pandemic.
My MO - the close inspection and repair of language acting badly. 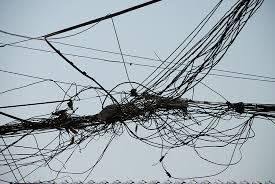 And there is a lot of it going around as the media, politicians, experts and your cousin Al’s ex-girlfriend’s mother’s twitter posts.

On March 21 I wrote about the jargon that is peppered throughout the President’s Rose Garden Briefings. You may recall the love affair Dr. Birx was having with “high through put”.

One term that's gone viral in the last week is "flatten the curve". 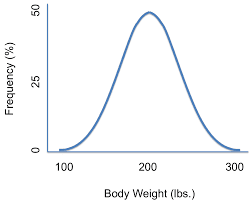 As early as March 10 in one of the first White House Briefings,  Dr. Anthony Fauci used the term ( maybe the first time referring to this pandemic).

“If you look at the curves of outbreaks, you know, they go up big peaks, and then they come down(gesturing).  What we need to do is flatten that down. That would have less people infected. That would, ultimately, have less deaths. You do that by interfering with the natural flow of the outbreak.”

Again 3/25 in a live Instagram between Fauci and NBA star Steph Curry - “the trajectory of the curve start to come down” before he thinks things can go back to normal.

March 27  Pres. Trump started a briefing with,  “We want to flatten the curve,”

As I’ve asked people what “flattening the curve” means, many gesture and talk about the numbers of infected people going up and then not going up anymore.
“So we don’t want it to keep going up.”
“Why is that so important” I ask.
“So less people get sick and die.”
Invariably people have gestured to me that the (graph) line stops going up.  No curve going on.

Hmmmm.
I’m uneasy.  The bigger significance of flattening the “curve”seems to elude people.  And I’m not surprised.
Working with numbers  (numeracy)  is the degree to which individuals can access, process, interpret, communicate and act on numerical, quantitative, graphical, biostatistical and probabilistic health information needed to make effective health decisions (Golbeck, et al, 2005).   And there is overwhelming evidence that the vast majority of adults in the US do not have adequate numeracy skills  (Woloshin et al. 2001; Lipkus et al. 2001; Sheridan and Pignone 2002).  It’s clear that low numeracy interferes with what people understand from all sorts of health information, and this ultimately influences their health (Morrow et al. 2006; Nelson et al. 2008)

So if so many are using "flatten the curve" why not explain what it means!!!

I did find one high profile, trusted figure doing just that. Gov. Andrew Cuomo, repeatedly across a number of his daily Covid19 briefings this week has introduced and explained the meaning and significance of "flattening the curve."

The following is from March 26 (excerpt) using C-Span quick transcripts:

The passage still has other complex concepts requiring rather sophisticated numeracy skills - we shouldn't assume most people accurately understand  “apex of the curve” and even “reducing the rate.”

But Cuomo is a master at explaining what he’s talking about – in communicating with a real sense of the audience. We need much more of this at all levels – from experts, media and all the rest of us talking Covid19.

Some references on numeracy