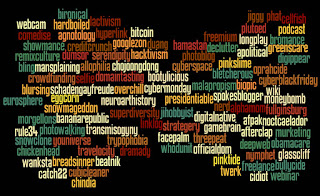 I'm sure you've noticed. It’s not uncommon for a word or phrase to come into fashion – now you see it and soon it’s everywhere.

In fact this is very common: 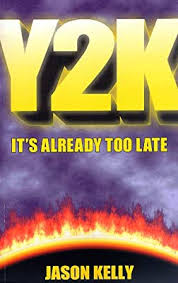 Some terms are a flash in the pan.  Y2K.

In most cases we hear a term in context and in short order we figure it out. It may take a few times but we get it enough to understand the main point. This meaning-making is one of the marvels of our language competence.

But what really throws a wrench into the works is when a highly specialized term gets used to talk to folks who have nothing to do with the specialized field. The speaker just assumes you share the same language with them or they’re trading your ability to understand for their ability to impress with their technical vocabulary. (No comment on what's worse - being out of touch or just plain arrogant).

In the daily updates by political leaders and the ongoing media coverage of Covid19 I’ve been pretty focused on analyzing just how clear and understandable or not the information has been (we’ll leave outright lies and obfuscations for another time).

Here’s a term that got some real play this week

Where did I hear it? 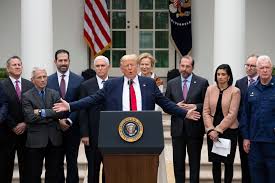 Dr. Deborah Birx, a member of Trump’s coronavirus task force was speaking during the Rose Garden briefing on March 13,2020  (my highlighting below)

“But last Tuesday, seeing the spread of the virus around the globe, the President realized that our current approach to testing was inadequate to need — to meet the needs of the American public.  He asked for an entire overhaul of the testing approach.  He immediately called the private sector laboratories to the White House, as noted, and charged them with developing a high-throughput quality platform that can meet the needs of the American public.”

A few minutes later....
"We are also very grateful to the universities and large hospital systems that took up the charge to develop their own quality tests made available by new FDA guidance. This has resulted in expanded testing across New York, California, Washington, Colorado, and you see sometimes those drive-thru options that have been made available through these high-throughput options."

"I understand that a lot of this behind-the-scenes action over the last couple of weeks was invisible to the press and the American people. But this intense effort has not only resulted in innovative solutions, but an automated high-throughput system, bringing the availability of these quality coronaviral testing to the American people at unprecedented speed."

And finally...regarding the mention of screening facilitated by Google:

“They would move down this and be told where the drive-thru options would be for them to receive this test. The labs will then move to the high-throughput automated machines to be able to provide results in 24 to 36
hours.” 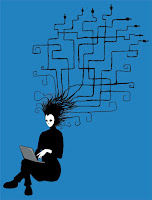 Now, I've been called a pretty smart lady, but while I’ve heard the term before, at the end of the Rose Garden speech I still wasn’t getting what "high throughput" meant.

Of course, I Googled it.

(Wikipedia)
High throughput cell biology is the use of automation equipment with classical cell biology techniques to address biological questions that are otherwise unattainable using conventional methods. It may incorporate techniques from optics, chemistry, biology or image analysis to permit rapid, highly parallel research into how cells function, interact with each other and how pathogens exploit them in disease.[1]

With more time on my hands than the average linguist, I kept at it and eureka!

“A 'high' throughput method is simply a faster method, which allows a greater number of samples to be processed in the same, or less, time. This can be achieved by working faster, processing multiple samples at once, or simultaneously handling multiple aspects of the same sample.

To close I leave you with this.  I use “high throughput” as an "index" here – as a way to point to just one of the aggressively out of touch ways this administration is communicating to the public about Covid19.