Andrew Pleasant, PhD, an internationally recognized innovator in bridging the gaps between expert knowledge and the public’s understanding and use of health and science, died at his home in Tucson, Arizona in early November 2022. He was 60 years old. 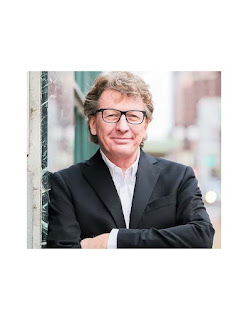 Andrew was on the forefront of a group of interdisciplinary thinkers who integrated philosophy, social science, public health and social equity into a new, dynamic definition of health and environmental literacy. His compelling work as a photojournalist in the early 90s in places such as Bosnia, coupled with his advanced degrees at Brown University Center for Environment Studies (MA 2002) and Cornell University Department of Communications (PhD 2004), seemed to be just the right amalgamation of his deep commitment and mission to solving very human problems by empowering individuals and the communities they lived in.
While at Brown he worked closely with Dr. Christina Zarcadoolas and Dr. David Greer, the former Director of Brown’s Medical School. Together, they wrote the highly regarded book, Advancing Health Literacy: A Framework for Understanding and Action, (Jossey Bass, 2006) called “required reading” for health communication professionals by New England Journal of Medicine.
After his formal academic training Andrew became a full member of the graduate faculty at both the UMDNJ School of Public Health, Department of Health Education and Behavioral Science, and Rutgers Department of Geography. Andrew then went on to have a highly productive tenure at Canyon Ranch Institute, Tucson, AZ directing all health literacy programming and evaluation from 2009 to 2017. Andrew was most excited by the work he led in communities across the US, such as the Bronx and Savannah, Georgia, through the Life Enhancement Program. In late 2017, Andrew joined Health Literacy Media (HLM) where he oversaw the development and implementation of HLM’s Clearly Communicating Clinical Trials program (C3T), focused on communicating complex clinical trial findings to people living with complex health conditions.
Known for his versatile thinking and generosity of time and spirit, Andrew was as comfortable advising large national organizations and countries as he was mentoring students and trainees. He had a gift for putting people at ease and encouraging their confidence to think outside of the box. His gentle ways, however, did not keep him from standing his ground and showing up to be part of the ongoing dialogue about public health. Dr. Zarcadoolas, questioning him about his persistence with these sometimes contentious scenarios, recalled Andrew saying, “I like these folks. That doesn’t mean I like all their thinking, but I’m in it for the long haul. And imagine what they must think about me.”
He served on numerous US and international initiatives, including designing and moderating a process for the Health Literacy Action Plan for the state of Oklahoma; researching and writing reports on the state of health literacy in the United States and globally for the National Academy of Medicine; and actively contributing to The Network for the Public Communication of Science and Technology Incorporated (PCST Network).
Andrew had a deep interest in issues related to culture as a driver of perceptions, behaviors and as a key to understanding health and environmental equity. On the international stage he actively contributed to research groups in countries such as India, Australia, South Africa, China, Peru and Brazil. Other contributions included IUHPE's Global Workgroup on Health Literacy, World Health Organization Health InterNetwork (HIN) working in Europe and India to develop strategies for public engagement in health research, the South African Agency for Science and Technology Advancement (SAASTA), and contributing to the advancement of health literacy and scientific communication with researchers from the Oswaldo Cruz Foundation (FIOCRUZ) in Brazil.
Dr. Frederico Peres of the FIOCRUZ recollected, “He knew more about Paulo Freire than most Brazilian academics. He knew the methods and theory of the Theater of the Oppressed, learned from its creator, Augusto Boal. He was really a unique individual. I and so many will miss him.”
Whether in Shanghai, China, Rio de Janeiro Brazil, New York, or Savannah, Andrew was a ubiquitous presence known for the memorable workshops he gave on the pressing issues of health literacy, public health, health promotion, science communication, and environmental communication
Andrew Pleasant was born July 22, 1962, in Cortez, Colorado.
Posted by Public Linguist